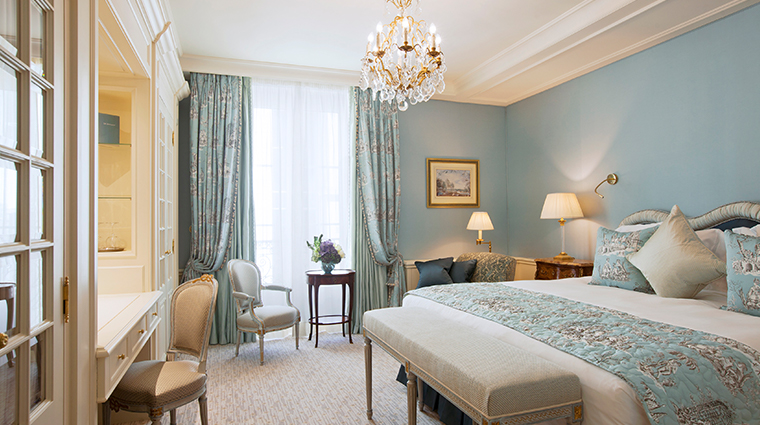 I’ve always been fascinated by hotels and history – preferably combined. I still remember very vividly entering the glistening lobby of a grand hotel as a little girl with my parents. The feeling of magic of awe has stuck with me ever since.
In this post, I’d like to introduce you to seven “grand dames” of hospitality. Apart from being classified as luxury hotels, they have their age in common. Each of them opened their doors more than 100-150 years ago – an era that somehow seems more distant than ever now. Yet, their sense for genuine hospitality and grandeur has made them survive throughout all these years.

Founded in 1876 by restaurateur Eduard Sacher, Hotel Sacher is probably most well-known for its iconic cake, the Sachertorte. It was Eduard’s father, Franz, who invented this delicious chocolate cake with apricot filling – but Eduard’s wife, Anna, who made the hotel iconic. In 1880, after his death, she became managing director of the hotel, and she quickly earned a reputation as a fierce lady with excellent commercial skills. Never leaving the house without her two French bulldogs and a cigar, Anna Sacher made Hotel Sacher one of the finest hotels in the world until her management style began to wear off after WWI. Since 1934, Hotel Sacher has been managed by the Gürtler family – and you can still enjoy a slice of Sachertorte in the café.

Not only is it London’s oldest hotel still in operation; Brown’s Hotel was also London’s very first hotel.
Opened in 1837, the birth of Brown’s coincided with the birth of the Victorian era – a period of great change for England. The original owner, John Brown, expanded his hotel over time until it was sold to the Ford family who merged it St. George’s Hotel in 1889. Right from the beginning, women were welcome here and it was often referred to as a ‘family hotel’ despite its luxurious and decadent surroundings. Today, Brown’s Hotel is a part of Rocco Forte Hotels.
Fun fact: Alexander Graham Bell (the inventor of the telephone) made his very first phone call from Brown’s Hotel in 1876.

“The chief reason for our record is that nothing changes very much. We have the same guests coming year after year because they like our modern and comfortable way of being old fashioned. And when Royalty come, no one ever knows they are here.”

The most iconic hotel in Paris, Le Meurice, is an integrated part of Parisian culture and heritage. It all began in 1835 when Charles-Augustin Meurice opened the doors to a place, which he initially wanted to appeal to British people staying in Paris. Many different nationalities found their way to the luxurious hotel though, and over the years, Le Meurice gained its nickname ‘Hotel des Rois’ (Hotel of Kings) due to its many royal guests. In 1997, the hotel became a part of the Dorchester Collection, and ten years later, the famous interior designer Phillipe Starck worked his magic inside the old building. The historical hotel was made famous by personalities such Salvador Dali, who practically lived here in the 1970s, and later on, Michelin chef Alain Ducasse (who still runs the restaurant).

When the esteemed Baur au Lac opened its doors on the borders of Lake Zurich in 1844, it was a large villa welcoming guests travelling incognito (for utmost privacy). The owner, Johannes Baur, had big plans though, and the hotel kept expanding until it reached its current size is 1898.
Since the beginning, this elegant property has appealed to the European aristocracy – probably because of its high level of discretion and ideal location. In the 1990s, Baur au Lac went through an extensive renovation – still with the Baur family at the helm. The hotel accommodates several restaurants (one of them carrying two Michelin stars).

When creating this list, I knew I had to consider a Scandinavian grand hotel as well. One of the most legendary here would be Hotel Britannia in Trondheim, which was opened in 1897 by the Norwegian couple, Cecilie and Olaus Myhre. The building, however, goes back to 1705.
Ever since, the 247-room hotel has had several different owners. It’s now managed by the family of Mr. Botten who took over in 1989. The cosy interior and elegant ambience has made Hotel Brittania the most famous hotel in Norway, and it continues welcoming guests from all over the world.

Swiss hospitality is the mother of all hospitality, and so this iconic hotel obviously had to make it to the list. Beau-Rivage was founded in 1865 by the Mayer family and is still family-owned, which is quite an achievement.
Its elegant interior is timeless and its stories intriguing. The Austrian Empress Elisabeth (also known by the name of ‘Sissi’) was killed here in 1898, Czechoslovakia was literally “born” here (the birth certificate of the country was signed at the hotel) in 1918, and its famous Michelin restaurant, Le Chat Botté created in 1967, remains in the top league of restaurants. It’s a tale of dedication and splendour through generations.

Serving as inspiration for Wez Anderson’s popular Grand Budapest Hotel (2014), the Grand Hotel Royal (now Corinthia Hotel), was the crown jewel of Budapest in the 1890s. Offering a blend of contemporary glamour and state-of-the-art amenities, guests would come here to enjoy the lavish palm garden, confectioners, a bar in the cellar and a grocery store. Perhaps it was due to this buzzing atmosphere that the hotel was picked as the venue for the first movie screening in Budapest. Nevertheless, the cinema experience became a fixed part of the Grand Hotel Royal moving forward. In the decades to come, the hotel suffered a turbulent life. It was only after an extensive renovation in 2003 when Corinthia took over, that the original magic of this grand hotel would re-appear.

I stayed at Corinthia Hotel Budapest in 2016. Read my review here.

“It’s not the physical attributes of the hotels, it’s not the bricks and mortar, it’s our people who have made our hotels known worldwide […] People often ask me what is good service, I’ll say without hesitation, good service is how you treat the guest, not the physical attributes you give them in the hotel.”
– Prithvi Raj Singh Oberoi, Executive Chairman, East Indian Hotels 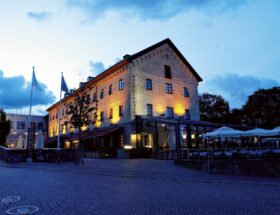 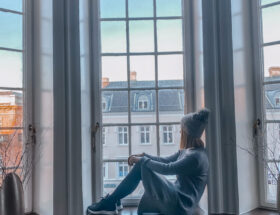