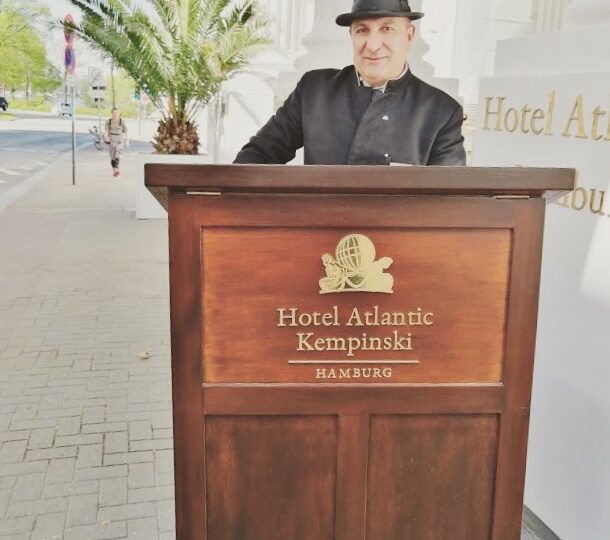 Have you ever stayed in a hotel that made you feel like you were stepping back in time? Atlantic Hotel Kempinski in Hamburg, Northern Germany, is such a place. As one of the grand dames of European luxury hospitality, she has been around for more than 100 years and probably seen more than we’d ever imagine.

A hotel built to last

I’ve known about the hotel since I was a little girl traveling to Hamburg with my family. It was a tradition; every year, we’d go back to this North German city that would never fail to impress me. A lot of things have changed since then – but not Atlantic Hotel Kempinski. Opened in 1909 as a hotel for the passengers of the luxurious ocean liners, Atlantic Hotel quickly became a hot spot for the bourgeoisie and European nobility. The “hall of fame” includes bygone celebrities such as Josephine Baker, Neil Armstrong, Aristotle Onassis and Charles de Gaulle – to mention a few. The hotel has been a part of the Kempinski family since 1959, and to this day, you can feel the presence of history when entering the old wooden revolving doors of the lobby (no wonder, cause the building has survived TWO world wars!)

Atlantic Hotel has gone through several restorations; latest in 2010, where the building was also set under monument protection. When I was there, on my birthday back in April, the facade was going through yet another facelift – all to honor and take good care of the grand dame. German musician Udo Lindenberg (who’s very popular in his birth country) is permanently residing in the hotel, which one quickly realizes due to fans coming by to take photos almost on a daily basis.

But all this is obviously just glitter on a fundament, which has been firmly anchored on the ground for 110 years, to be exact. Back then, the investors spent 14 million Goldmarks on the glistening new hotel (that’s almost 57 euros!!!), so it was clear from the beginning: this hotel was built to last!

So what can a modern day traveller expect when checking in? And WHY should you choose this particular hotel above others when visiting Hamburg? First of all, the location is a highlight in itself. Nestled on the border of the Alster (one of the city lakes in Hamburg) and away from the most touristic area, the hotel can be reached by foot from both the city center and the main central station. The area of St. Georg is known to be colorful, vibrant and full of restaurants and bars. A fun counterpart to the elegant and conservative Atlantic Hotel – and a perfect place to stay if you want to discover another part of Hamburg.

The hotel’s facilities also count a spa called Energy Clinic where guests will find a wide array of beauty and wellness offers – including a small fitness room. Take a dip in the heated indoor pool with direct access to a large terrace area – or check the spa’s daily offers. There’s usually something tempting on the menu!

Moving on, a 5-star hotel clearly wouldn’t be the same without a five-star restaurant to go with it! And clearly, Atlantic Hotel Kempinski is no exception. The Atlantic Restaurant takes pride in its legacy, which all began with world-famous restaurateur Franz Pfordte at the turn of the last century. He invented the lobster soup, which then became a signature dish of the restaurant. Unfortunately, Atlantic Restaurant is temporarily closed, which means you’ll “have to do” with the newest invention ‘Grill & Health’. No need to despair, though; my birthday dinner back in April was made legendary due to this new hotspot! I was honestly a bit suspicious at first; it has to be either grill or health, right?! After an evening of excellent service (even for my toddler son!) and three incredible courses, I changed my mind. It’s absolutely possible to cater to both carnivores and vegetarians by serving the best ingredients the market has to offer, prepared by some very skilled chefs! In my opinion, Grill & Health is a beautiful example of how modern cuisine and casual interior design can merge together with a rather formal hospitality industry. Especially in a place like Atlantic Hotel Kempinski – a luxury hotel flagship in the midst of huge industry changes.

To sum it up: choose this particular hotel if you wish to have a taste of the past, but not get lost there. There’s something completely enchanting about old-fashioned hotels, and they should be savored while we still have them. So check in, feel like royalty (at least for a night…) and enjoy everything the hotel and the area of St. Georg has to offer. You’ll return with new perspectives, experiences – and most likely, a full heart and stomach. 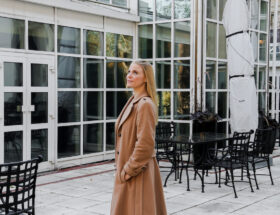 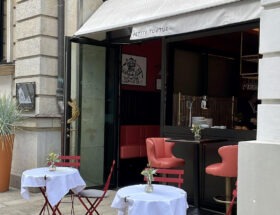 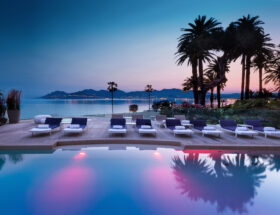