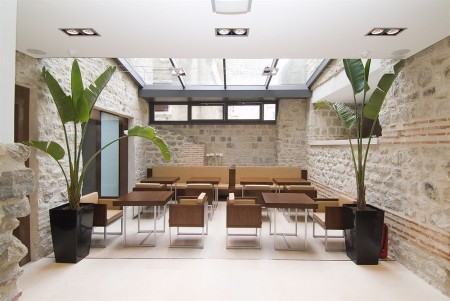 During the first part of my Croatia Tour in September I had the pleasure of staying in Split for a couple of days – and just as I thought I knew everything about vacationing in Southern Europe, this gem kicked me off my feet with its authenticity, exotic charm and breathtaking history. In the midst of it all lies a 4 star hotel, which is literally bursting with history itself. Welcome to Hotel Vestibul Palace in Split.

The presence of history
Split is a rather new invention within the tourism industry – at least compared to the overrun city of Dubrovnik, which is located about 2 hours from here. However, in terms of history, the town is ancient. Compare it to Rome, without the size, greatness and glory of course, but with a charm that is absolutely unspoiled. The old part of the city evolves around the Palace of Diocletian – an ancient palace built by the Roman emperor Diocletian at the turn of the fourth century. That makes the palace (or shall we say fortress, cause that’s what it looks like) almost 2.000 years old! Of course the palace has been damaged through all these years, but it’s still regarded as the absolute hub of the town offering a wide selection of shops, restaurants, bars – and hotels. And hordes of tourists during high season!

I became ever so familiar with the exciting history of the area, as I checked in to Hotel Vestibul Palace, which is located in the heart of the old town (= the palace). In contrary to the majority of other accommodation options in Split, Vestibul is an actual hotel. Croatians usually love the concept of guest houses and B&B, but throughout the past decades there has been an increasing number of hotels in all parts of the country – especially on the coast.
Vestibul Palace is one of the latest editions to the hotel segment in Split, and with its 4 star rating it welcomes both families, single travelers and couples.

Modern meets antique
Vestibul Palace houses several suites and regular double rooms, but also a separate building with twin or double rooms behind the reception. This is where I lodged for 2 nights, and even though I would have preferred a brighter room in the building of the reception, I probably wouldn’t be able to find a more centrally located accommodation.

The hotel interior is a combination of modern and antique, as the original stone walls of the Roman era blends with elements such as steel, glass and wood. It’s definitely an interesting approach in terms of reusing the old palace, and one feels the presence of history in every room.

Vestibul Palace offers a restaurant, in which I only had breakfast a couple of times. That didn’t impress me though. A small selection of cold cuts, yoghurt and bread was represented, but for a 4 star hotel it wasn’t nearly enough. Nevertheless…the coffee was good.
On warm summer nights (and there’s quite a few of them in Croatia!), it’s possible to dine or simply just have a drink in the courtyard of the hotel. Tourists pass by from early morning till late evening, but you quickly realize that you’re one of them yourself! There so much to see here, that trying to avoid being a tourist would be insane.

Hotel Vestibul Palace is the place to be if you want to be in the absolute center of Split. The history of the place makes it irresistible, and it’s possible to reach the charming Riva (sea promenade) in a few minutes. The hotel claims to offer free, wireless internet and mini-bar in all room, but prepare for a very slow connection and don’t expect the minibar to be full. At least that was my experience. Other than that- a neat hotel in beautiful surroundings!

The Vestibul Palace is part of Small Luxury Hotels of the World. For more information go to www.vestibulpalace.com. 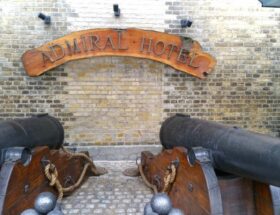 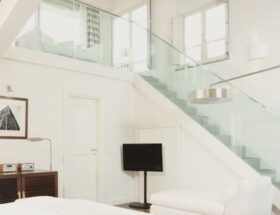 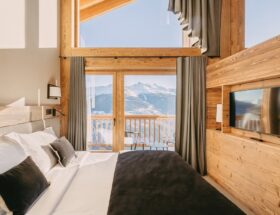