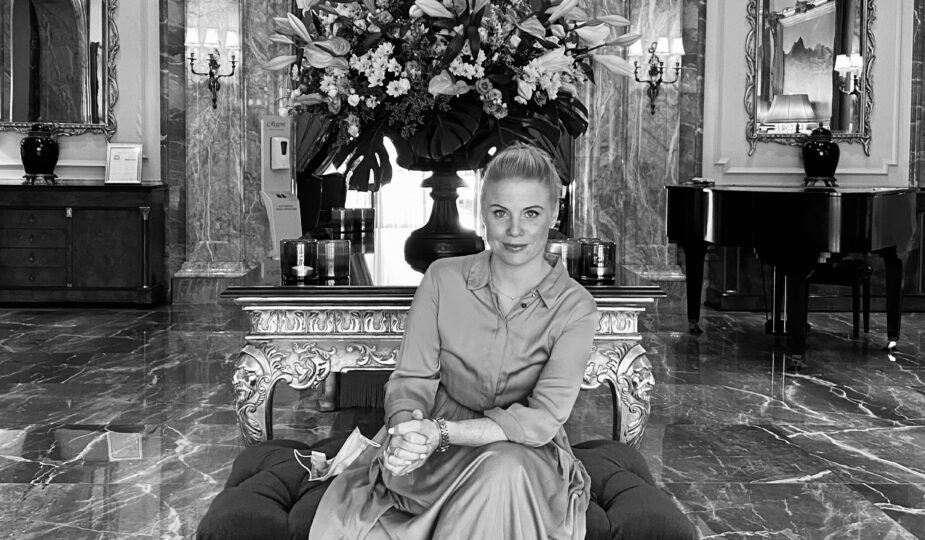 Awarded the prestigeous title “Germany’s Leading Hotel 2020” by World Travel Awards, Regent Berlin is a haven of elegance in the heart of the German capital. It’s also a great example of Berlin’s eclectic hotel- and lifestyle scene. In one end, you’ll see skyscrapers and grafitti – in the other, you’ll find classic elegance and high end hotels. Regent Berlin is not only gifted with sumptous interiors, but also with a great location where the capital’s cultural elite used to gather in pre-war times. This article will provide you with a glimpse behind the scenes of Berlin’s most magnificent hotel.

To me, a hotel is a gateway to another dimension – a magical portal to a world where magic is created. Regent Berlin fits right in to that description. With its marble-adorned lobby and glistening crystal chandeliers, impeccable service and high-hatted bellmen, this place provides you the ultimate escape from everyday life. Located a few steps from Gendarmenmarkt, Berlin’s elegant concert hall square rooted in history, the feeling of ‘old world luxury’ is ubiquitous. Very interesting as Berlin is probably best known for its urban roughness and progressive art and culture scene. Here, however, the story is a different one.

Regent Berlin originally opened as a Four Seasons Hotel (back in 1996), in a building designed by architect Josef Paul Kleihues. Its opulent interior was designed by the award-winning interior designer Frank Nicholson, whose vision was to combine timeless and classic design with art and ancient references. He did well. The Four Seasons property closed its doors in 2004 so that a new grand hotel could see the light of day. Regent Berlin was a reality.

Let’s stay with the interior for a minute as that’s essentially (also) what sets this hotel apart from its Berlin-based competitors. Opulent marble, lavish flower arrangements, tassels and dark red velvet; you’re in for a treat here – or shall we say scene, cause it does resemble a place where the elite of the roaring 1920s would gather.

The best part is, they actually did!

If only walls could speak…

Although Regent Berlin isn’t an old historical hotel, as it would be easy to imagine when visiting, it does sit on a historically important location. Where the building of Regent Berlin stands today, there was a famous wine shop and restaurant called Lutter & Wegner in the beginning of the 19th century. In 1812, to be specific, this venue was one of the most popular establishments in the city, counting regulars such as the famous poets, E. T. A Hoffmann and Heinrich Heine. The ethos of quality at Lutter & Wegner reached all the way to the Emperor, Wilhelm I, who named it official wine supplier of the Prussian upper class.

In the beginning of the 20th century, the address continued to attract prominent guests and celebrities such as Marlene Dietrich and Claire Walfdoff. However, after surviving WWI without particular damages, the original building was unfortunately completely destroyed during WWII. The soul of the original building can still be felt though, in the stunning dining halls of Regent Berlin. As for Lutter & Wegner, one can still visit a restaurant carrying this name in Charlottenstrasse, just a few hundred meters from the hotel.

To pay homage to its vibrant past as an urban hot spot, Regent Berlin has invented “Poet’s Haven” – a tranquil retreat with carefully selected literature, audio books and local delicacies. The concept is simple but profound; take a seat in one of the plush lounge chairs in the lobby, choose a couple of your favourite books (old-school versions or from an iPad with Bose headphones), and select your menu. The kitchen prepares several food pairings that fit both the occasion and your taste buds; Read & Relax, Read & Experience or Read & Indulge.

Now you know the story; it’s up to you to make it come alive on your next visit to Berlin. Visiting Regent Berlin and the famous Charlottenstrasse is a great place to start!

156 rooms and 39 suites can be found inside of Regent Berlin. During my stay, I had the pleasure of checking in to a Superior Suite with city views and the most soothing atmosphere you can imagine – at least if you love classic furniture, marble bathrooms and lots of space. And I really do.
There’s a fit for every occasion, but a classic luxury hotel like this gets me every single time. It’s elegant, refined and a tad bit dramatic, should drama be desired 😉

On my Instagram account, I’ve shared both photos and Reels from my stay, so do make sure to check them out.

The restaurant of Regent Berlin is called Charlotte & Fritz (formerly known as Fischer’s Fritz, which carried two Michelin stars!). Today, it’s best labelled as casual dining although it’s currently only open for breakfast. Still worth a visit though, should you wish to find yourself in a setting reminiscent of a 19th century Berlin salon.
Otherwise, have a drink or two at the Regent Bar or enjoy a quintessential British Afternoon Tea ceremony in the Lobby Lounge.

The spa (containing a sauna, Gym and treatment area) is currently only open for appointments.

For more information click here, and do make sure to check out the current packages and offers. 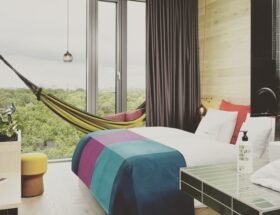