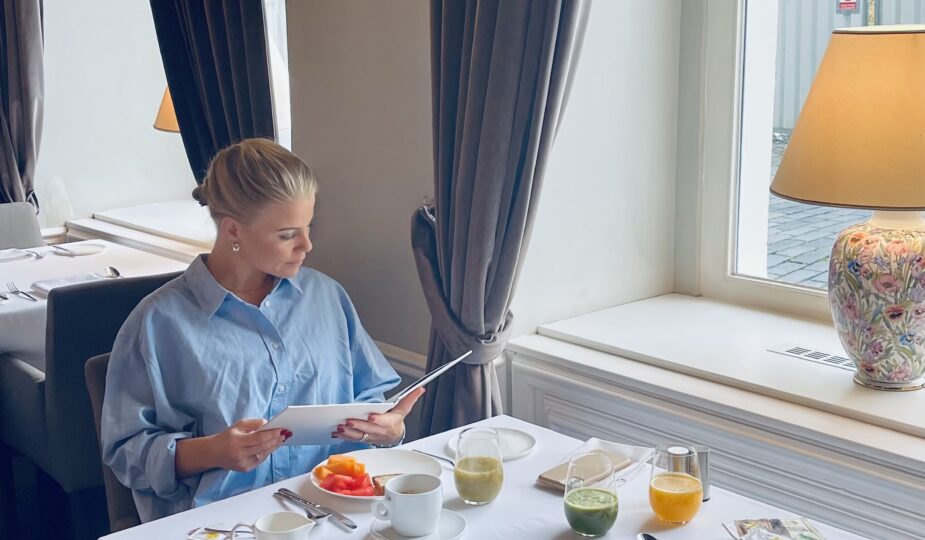 Prague has become one of my favourite European capitals due to two thing; it’s lavish gastronomical scene and it’s wonderful old-world feeling. Last-mentioned is supported by a venue such as The Mozart – a wonderful hotel just a few minutes walk from the famous Charles Bridge and Old Town. Being the host of old world celebrities such as Wagner, Casanova and Wagner, to mention a few, this place has deep roots in the cultural scene of Europe.

The 70-room hotel is full of historical anecdotes, which makes it the perfect location for a weekend getaway in the Czech capital. Big enough to give you the feeling of staying in a luxury hotel yet small enough to make your stay intimate and comfortable; welcome to The Mozart Prague.

An ode to music, culture and heritage

There are romantic cities – and then, there’s Prague. With its convenient size and and ubiquitous historical charm, the Czech capital is an obvious choice if you’re a lover of culture, history and good food. As these three points are always on top of my list when travelling, it didn’t take me long to fall in love with the city. Less than 24 hours, to be exact.


One of the city’s most prominent hotels, The Mozart, overlooks the famous Charles Bridge and Vitava River. A magnificent location, indeed, but this is more than just another ‘luxury hotel’.
If the old walls could speak, they’d tell a story of European aristocracy and cultural elite. Mozart spend a great deal of time at the palace in his lifetime – especially in his last years, as he believed to finally have found his orchestra in Prague. It was also here that Count Jan Joseph Pachta, who owned the palace at the time, imprisoned Mozart in what is now the Deluxe Suite 213, to complete his famous 6 German Dances. Left with only a few sheets of paper and ink, Mozart worked his magic, and some of it can still be found within the old walls today. Perhaps you can still hear his elegant tunes if you listen carefully.

Let’s go even further back in time, though. Back to when it all started. In the year of 1628, the noble Pachta family had received a coat of arms from Emperor Franz Ferdinand and started building a palace. The original structures containing frescoes, vaulted chapel ceilings and courtyards, can still be seen today.
In 1765, Count Hubert Karel Pachta commissioned the construction of a newer Rococo-inspired palace. Five years later, the Pachtuv Palace, was one of Prague’s most impressive and spectacular estates. The noble family were lovers of music, dance and social gatherings, and so the palace quickly became a popular place for the elite to socialize. Because of this, personalities such as Mozart started coming here as well. In the 19th century, the German composer Richard Wagner, was here as well – and he even served as a private piano teacher for the Count’s daughters.

Music, culture and social life has always been fixed components of this magical palace. The story of a hotel began in 2002, as the ORCO Property Group acquired the premises to renovate and restore it back to its former glory. In 2004, the Pachtuv Palace could finally open its doors, and it quickly became one of Prague’s most popular boutique hotels. The rest is history, and in 2021, a re-branding of the hotel has taken place. The palace now goes by the name of The Mozart, but the feeling of old-world luxury still lingers around. I’m sure Mozart himself would still recognize it if he was to enter the courtyards today.

Indulge in rich history while celebrating the present

Despite its only 70 rooms, which classifies it as a boutique hotel, The Mozart holds an impressive selection of rooms and suites. How about checking in to the classic and romantic 97 m2 Casanova Suite, the simplistic and elegant Mozart Suite (where the composer wrote some of his most famous works), or – my personal favorite – the Deluxe Baroque Suite with original 18th frescoes so well-kept it’ll probably make you shed a tear. This particular room is hands down one of the most mesmerizing hotel rooms I’ve ever set foot in, and that says quite a lot! If you need proof of the magic in here, look at the photo below (or head to my Instagram).

In case you’re several people traveling together, keep an eye out for the 100 m2 Lutetia Suite named after one of Paris’ most legendary hotels. Fully furnished with the original furniture from Hotel Lutetia acquired from an exclusive auction held in Paris by the owners of The Mozart, this suite offers a scenic view directly to the Charles Bridge and Old Town.

As many other hotels during the Pandemic, The Mozart offers private offices as well – in case you’re in town and need a calm and delightful place to get some work done.

There’s no spa here, but a small and cosy wellness oasis where guests can indulge in different massages as well as beauty- and hair treatments (the hotel has its own in-house hair dresser).

Prague is filled to the brim with incredible restaurants and cafés (if you look beyond the touristy places), but you can also enjoy a wholesome meal or a snack at the hotel. Apart from a surprisingly healthy breakfast buffet, Chef Danny Wright and his team cooks up delightful meals from 11AM to 11PM, e.g. Caesar Salad, smashed avo on toast, a wide selection of panini’s and ceviche bowls. Everything is fresh and delicate with hints of both local and international cuisine. Bon appetit!

Prague is truly an enchanting city, and The Mozart is just the icing on the cake. Located within a short walk’s distance from all the major and most important sights, and with a view directly to the river, this place offers everything you want from a weekend getaway. Indulge in the rich history while celebrating the present moment. For me, that’s the perfect recipe for a hotel stay above the average.

In 2021, The Mozart was named ‘Best Historic Hotels in Europe’. For more information, go to www.themozart.com. 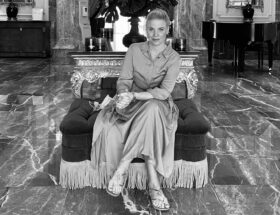