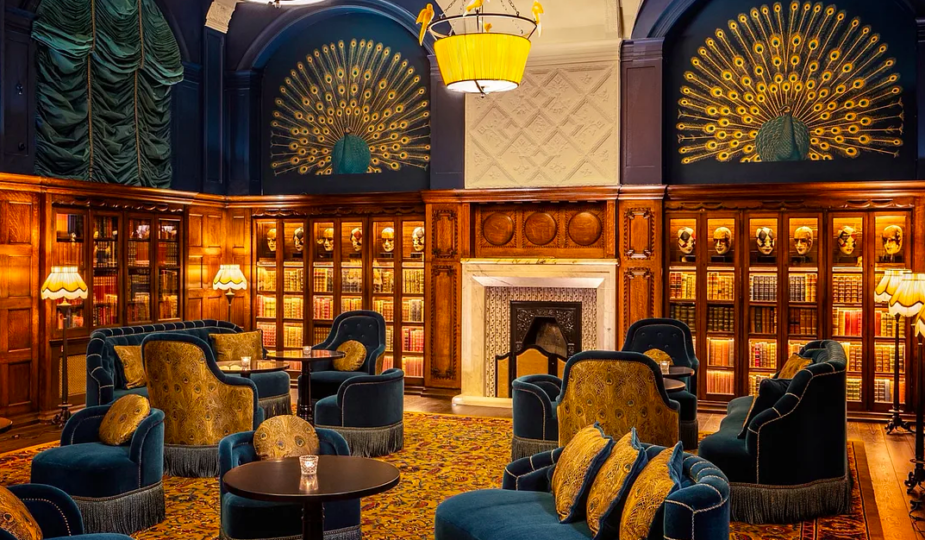 This article and interview was originally published in AUBERGE – my newsletter for hospitality professionals. It features the story and work of one of France’s most celebrated interior designers – an icon in hotel interior design and a visionary without comparison. Jacques Garcia is the man behind some of Paris’ most wonderful and luxurious hotels.

The life and work of Jacques Garcia

Born in 1947, the French interior designer Jacques Garcia’s first project was to construct and furnish the home of his grandparents. He was eight years old. Since then, Garcia has created a style revolution with romance and opulence being the key elements in his design.  While the first part of his career mainly took place in Paris, he quickly gained international recognition after renovating the famous Hotel Costes in 1995. It was here that people truly began picking up on Garcia’s love for the opulent and flamboyant.
Whether decorating hotels, restaurants or private homes, Jacques Garcia always find a way to honour the Belle Epoque era while still incorporating bohemian and oriental elements. That is, in its very essence, what makes his design so unique. Why stick to one style or element when you can mix several and obtain a unique expression that certainly will be remembered?

“I am, above all, a creator of atmosphere”

His most recent projects include the NoMad Hotel in New York, La Réserve in Paris, La Mamounia in Marrakech and Maison Souquet in Paris, but his work for the Peninsula in Paris and l’Oscar – the London-based boutique hotel – definitely deserves a mention as well. There’s something extremely extravagant and theatrical about his design. Add comfort and you’ll have an instant success.

An interview with Mr. Garcia

Which hotel projects have been the most enjoyable to work on? Where did the inspiration for the iconic look of Hotel Costes come from? And is there something about a certain chateau in Normandy? Mr. Garcia shares his answers to these questions in my interview, which you can read below.

Q: Mr. Garcia, thank you for joining me for this interview. Which hotel projects have you enjoyed most working on?

A: I will start by describing my design, which is a mix of many different styles. This is partially why it’s difficult for me point out a specific project – they were all like children to me!

I will, nevertheless, highlight La Mamounia (in Marrakech), which obviously occupied a great deal of my time, especially because this hotel represents the ideal of the Orient to many people. I started on an extremely negative basis, though, because the building had been very damaged in the beginning of the 1980s.

I could also mention l’Hotel rue des Beaux Arts in Paris – a true legend! Oscar Wilde ended his days here in deep misery. The idea of establishing 20 rooms – each evoking a different personality, including Oscar Wilde’s bedroom – was for me the resurrection of a world that tends to disappear.

Last, but not least, we have Hotel Costes, which today is a symbol of what we now call a ’boutique hotel’. I’m a part of that invention. The idea came to me because I wanted to create a different type of hotel and turn hotel lobbies into living spaces for the local inhabitants. The lobby shouldn’t only be reserved for the hotel guests. I’ve used this principle almost systematically in every hotel that I’ve worked with ever since.

I recently worked on quite a special project in Doha, Qatar, which will be the ideal hotel of the 2050’s. The place includes several gardens, casino’s, a theme park. The sky bar has a ceiling, which is nearly 20 meters high. It will open during 2021.

Q: Where did you find your inspiration for Hotel Costes?

A: When Jean Louis Costes called me to work on this project, he had already begun working with Philippe Starck. What I first saw here was a place with no grace at all – it was filled with aluminium verandas etc. The building was ugly! When waiting for Mr. Costes – who was 15 minutes late – I started to draw. That’s my strength; being able to immediately draw what I feel. I had fun re-creating the facade – the sketch I made then is exactly what you see today. I created the statues on the 1st floor, the sumptous 19th century verandas on the ground floor, a floor with large windows (a simulation because reality is quite different) and much more. This is, essentially, what made Mr. Costes trust me with his project.

Only at a later stage, I developed the ideas for the interiors, but this is also the simplest. What matters most in any hotel is to create ‘soul’. When you’ve done that, you can begin visualizing the colours – red, green etc.

To start with, it’s not a castle. It’s a countryside palace built for a man who was sentenced to death by Louis XIV and Mazarin. He obtained their pardon, and with a considerable fortune inherited by his wife, he decided to set up a huge palace that would compete with the ones of royalty. He asked the greatest architect of the time, Le Vau (who also worked on Versailles), for help. He also got the best gardener of the time, Le Notre, on board. These two artists created a “prisoner’s paradise” for the man.
It was beautiful, but he was condemned to stay there forever. And so, the Comte de Crequi died at Chateau du Champ-de-Bataille as an exile.

This property was in a rather tragic state when I took over, as it had served as both a hospital and a golf club. Luckily, a big storm in 1993 put the place in ruins and so I had to re-create everything from scratch. For example, I re-established the large garden of 44 hectares (I had the drawings of Le Notre to rely on). Working on this project pushed me out of my comfort zone – I had to exceed my own boundaries and abilities. To live with permanent financial anguish and to accept it! It was definitely a challenging project. 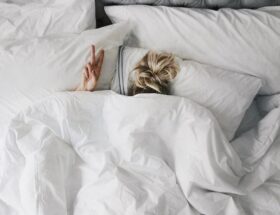 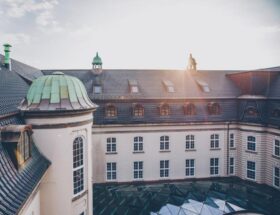 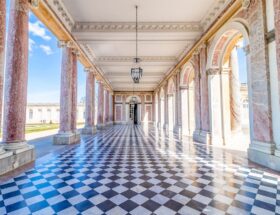