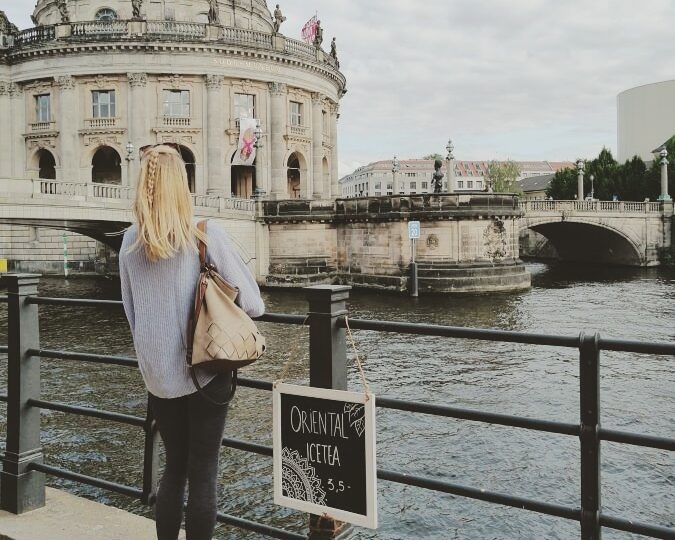 I’ve called Berlin my home for going on 3 years now, and those years have been the most crazy, fun and challenging of my life. To me, Berlin, has a very special vibe that you won’t find anywhere else in the world, and for now, I’m happy to call it home. So when I had the opportunity to do an interview with the Danish Berlin-blog Vild med Berlin, I grabbed the chance!

I hope this post will inspire you to explore move of Berlin and perhaps get to know if from a different angle.

What was your first impression of Berlin?
Believe it or not, I actually wasn’t a fan of Berlin before moving here. I remember, when I was here as a child and a teenager, that the pulse and roughness of the city made a big impression on me. Ironically enough, I wasn’t very impressed as an adult, but the things I disliked before, have become the things I appreciate now. The city is big (sometimes, a little too big!), but there’s a great charm in being able to ‘hide’ in your kiez (neighborhood) and embark on a journey into the roaring capital from time to time. I live in Prenzlauer-Berg and as many other Berliners, I rarely go to the other side of the city, e.g. Schöneberg and Kreuzberg. But when I do, I really love it due to the pulse of the city and the feeling of freedom in the air. Today, I find a great freedom in the fact that Berlin is one of Europe’s largest capitals.

In your opinion, what’s the best thing about Berlin?
I have to stress the feeling of freedom hanging in the air. It’s the base of the city’s entire livelihood and has been for centuries! Berlin is a rebellious big city with a heritage like no other. It’s incredibly overwhelming to dive into the history of the city, but you really owe that to yourself – and the city – if you’re a dedicated Berlin fan. Before World War II and DDR, Berlin was one of the most enchanting and beautiful cities in Europe; a true emperor’s city, which might be hard to imagine today. However, the grandeur still exists if you look for it, and it’s certainly still part of Berlin’s DNA. One should never forget that. I love that Berlin always surprises, no matter if we’re talking about food, culture, opportunities, people or places!

Which neighborhood is your preferred one?
I live in Prenzlauer-Berg with my family, which I really like because of the many opportunities and initiatives for families. It truly feels like a small town within the city. All the neighborhoods have their own charm, though. And while some of them speak to you, others don’t.
I adore Friedrichshain in Autumn, where the ambience is very ‘hyggelig’ (as we say in Denmark). The small shopping streets and cosy coffee spots are perfect for exploration with friends and family. Kreuzberg also holds a special place in my heart since it was the very first place I lived when moving to Berlin. Especially Bergmannkiez with its cute specialty shops and cafés.

What’s your favorite café or restaurant in Berlin?
I have a lot! In my own neighborhood, Prenzlauer-Berg, you get exquisite coffee at Kaffee.Bar in Stargarder Strasse. The cheesecake at Bekarei in Dunckerstrasse is to die for, and if you love French breakfast, head to Le Midi in Greifenhagener Strasse. Two of my favorite restaurants are Tim Raue and Heimlichtreu (both in Mitte). Apart from that, I can also recommend Du Bonheur on Brunnenstrasse (in Mitte); this French patisserie are creating heavenly cakes! Princess Cheesecake (in Mitte) is another favorite of mine. Go there if you have a sweet tooth and need to taste of slice of cheesecake paradise. Yes – I really do love cake! 😉
Last year, I published a blog post with a full list of my favorite coffee/chill/brunch places in Berlin. It’s still valid, so I’d recommend you to take a look if you’re also a fan of roaming the city in search of good coffee and breakfast.

Where do you go when you want to experience ‘the real Berlin’?
To me, the ‘real’ Berlin might as well be a walk along the Spree as well as a sunny day at Klunkerkranich (iconic rooftop bar in Neukölln). In my opinion, the beauty of the city lies in its diversity and the fact that everyone has their own definition of ‘real’. What’s real to me might not be real to my neighbor, so I’d prefer to not translate it into something ‘common’.
Personally, I have created some great Berlin memories in the areas along the river (Spree), starting from the Museumsinsel and ending in Kreuzberg. The small coffee shops and flea markets around Boxhagener Platz in Friedrichshain and the area around Tempelhofer Ufer in Kreuzberg are certainly also worth mentioning. And Tempelhof – the old, iconic airport, which has been closed down since 2008.

Do you have a tip for anyone who wants to experience the less touristy parts of Berlin?
You’ll find some really cool speak-easy bars in Berlin, which are practically impossible to find if you don’t know where to knock! Prinzipal in Kreuzberg and Buck & Breck in Mitte are two of the best ones. It almost feels like stepping into a different era. It might be that you have to pay a little more for a cocktail, but they’re delicious – and the service is great, too! Each bar can only hold a very (!) limited amount of guests, which only makes it more interesting.

What’s ‘hot’ in Berlin right now?
As an entrepreneur, I’m part of the entrepreneurial scene in the city, which is really exciting! You feel the pulse of Berlin in a whole different way! If I have to point as something being ‘hot’ at the moment, I’d have to say the continuous development of the startup scene; the countless initiatives for entrepreneurs and startups, festivals, networking events etc. I’m also very happy to see the increased focus on female entrepreneurship. Berlin is seen as the startup capital in Europe, so the pulse here can be quite overwhelming or, shall we say, intriguing. 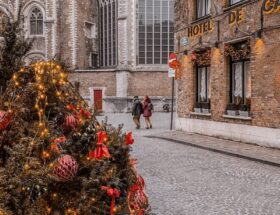 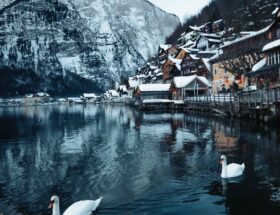